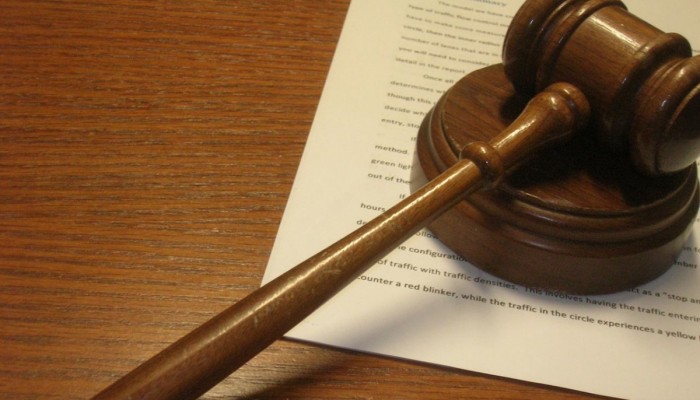 Lagos State Judiciary has refuted a media report (not The Guardian) that one of its magistrates Mrs. Funke Sule-Amzat ‎ordered arrest and arraignment of one Mrs. Yetunde Osijo allegedly involved in a traffic offence.

It was reported that Osijo’s  husband‎, Dipo reportedly said Magistrate  Sule-Amzat  allegedly ordered the detention of his wife, at the Kirikiri Prison on Monday, March 21, 2016 for hitting her car.

It was alleged that the Magistrate ordered that Mrs. Osijo should be arrested and arraigned before her at the Ogudu Chief Magistrate Court and promptly ordered for her to be detained at the Kirikiri Prisons without legal representation.

In a statement issued and signed by the Chief Registrar, Emmanuel Ogundare, the court denied the report, saying that there was no iota of truth in it whatsoever, noting that the magistrate never sat on her own case.

According to the statement, on Monday March 21, 2016 around 9am on her way to work, close to Abiola Gardens, Ojota, a car brushed her car from behind.

“The Magistrate’s driver alighted from the car and Yetunde Osijo who drove the car rained abuses on the driver and his master.  The Magistrate stepped out to see the extent of the damage only for Yetunde Osijo to speed off in a dangerous manner.
“She was eventually arrested by men of the Rapid Response Squad at Teslim Balogun Stadium, Surulere and taken to Area H, Police Command Ogba.

“The Area Commander made an attempt to resolve the matter but Mrs. Osijo insisted on calling her husband who came in and became very boastful.
“Together with his wife Mr. Osijo, uttered words like’’ She is the daughter of the former Clerk of the House of Assembly,’’  ‘’We own Lagos State,’’ ‘’Tunde Disu gave me fuel yesterday for my car, I dined with the Governor last week. A common Magistrate cannot hold us to ransom,  ‘’We will report to the Chief Judge and she will be punished for this, my father will see to it, and many more”.
“At that juncture, the Magistrate said the Law should take its course and left for her Court’’.

The statement maintained that the Magistrate, upon the occurrence of the incident lodged a report with the Police, who effected an arrest and upon investigation arraigned the suspect before the Chief Magistrate Court Ogba presided over by Mr.Tajudeen Elias.

It said,  “she was immediately admitted to bail on liberal terms and the matter was adjourned for mention.
“The suspect was never arraigned before the complainant, Mrs. Funke Sule-Amzat and she made no order or take any step in respect of the matter. The matter is presently pending before the Court for determination”, it added.